Home » Editing/Proofreading » Split infinitives – Can you? Can’t you?

Split infinitives – Can you? Can’t you?

Posted on January 4, 2016 in Editing/Proofreading, Training 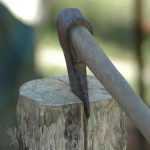 That’s right, it’s commonly said that we shouldn’t split infinitives (e.g. to boldly go).  The reason being, in Latin – the foundation of our culture and language several centuries ago – infinitives are only one word (to go = Latin Ire), so you physically can’t put a word in-between.

HOWEVER, I have just been reading a more authoritative book on the subject, Accidence Will Happen: The Non-Pedantic Guide to English Usage, by Oliver Kamm – some of you may know him as someone who writes on language for The Times.

He has traced the first objection to split infinitives to an article that featured in the New England Magazine in 1834, by someone signing themselves merely as “P”.  In it the author criticises people for using the split infinitive (confined mostly to spoken English in those days) … and bearing in mind that there was no rule for its usage, “P” decides to … proscribe one.

In the magazine, “P” writes: ‘The particle, TO, which comes before the verb in the infinitive mode, must not be separated from it by the intervention of an adverb or any other word or phrase.’

And as a result, “P’s” idea notional idea percolated, over the centuries, into Grammar books and onto blackboards up and down the country – to the situation we all know today, that it is over-zealously spouted by grammar enthusiasts and fanatics, who will vehemently tell you that splitting an infinitive is wrong, unnecessary, unnatural … and even worse.  As Kamm summarises for us, from that single article, ‘all manner of mischief followed over the past two centuries.’

The truth – now you know.

I bet you will make a few heads turn.