Home » Writing books » ‘Writing a book is like … having a baby’ 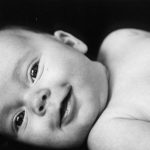 The analogy between writing a book and having a baby might sound a very strange claim – especially coming from a man.  But I have been struck by the parallels as I have moved through the stages of conception and gestation through to birth and beyond.

Mothers, hear me out!

Everyone, please let me know what you think

1)  You know exactly when it was conceived

Just as some people know the place of their conception, I know when and where my book was born. In May 2014 I went to a talk by rally driver, Penny Mallory. Using wonderful videos of her races, she encouraged the assembled businesses to push themselves to the limit, as she does – to have a clear vision of what you want to achieve, to reach for the skies, and to nudge yourself beyond your comfort zone from time to time, to attain new highs.

Back home, I remember having a coffee in my garden and writing down a commitment to write a book that summer, starting in August. Writing a book, I decided, would significantly enhance my reputation. It would help me in my goal to be a famed trainer of writing skills, of high quality, across the Thames Valley – that was my goal.

2)  In the beginning, you keep quiet about it

Like having a baby, I didn’t tell anyone about my book idea to start with – just in case. After all, I may have written countless articles and reports, but never before a book. This was different. It would require writing the same document day after day. Would I sustain my initial enthusiasm? How would I feel about what I had written?

I only told close my friends about my book to start with. Then others heard what I was doing, locked away in my office for all those hours. Their questions started: what was it, what was the title, how long would it be, when would it be finished, etc.? The pressure was now definitely on.

4)  The long gestation period ahead

Once people know you are having a baby – and can see – not much happens for months and months, does it? It was the same for me and my book. I got things started with a burst of writing, so soon felt confident enough to tell others. But then things slowed, as I had to fit my writing around my other work. And in in the final stages, as I progressed to editing, then proofreading, and finally choosing the cover etc., the book developed painfully slowly. Painfully. Would D-Day ever arrive, I asked myself?

5)  “I feel incapacitated and depressed”

Just as a heavily-pregnant women becomes limited in her mobility, so was I in my book’s ‘final stages’. Spending so much time on the book meant other aspects of my work got squeezed out. Going around the same text, time after time, tied to the keyboard and locked into the same four walls, day in day out, got repetitive and boring. Depressing even, at times. I just wanted it to be born.

6)  As ‘The Big Day’ approaches, worry and anxiety builds

In the final stages of a book/baby’s development you worry rather than get excited. You ask yourself: Have I done the right thing? Will my book be of any value? Have I left things out? What will people say? And in our case, Will anyone buy it? (The doubt creeps in when you get overly familiar with the text, rather than being a reflection of its quality.)

By a strange coincidence, my book was published exactly nine months after it was conceived, plus a week or two – but then first babies are often late, aren’t they? (And I happened to hold the book’s launch party on my dad’s own Birth-Day.)

8)  THRILLED at its birth

Nothing beats the thrill I felt when my book finally arrived – like having a baby, I guess. And this is despite the fact that I had seen all the book’s ingredients many times before. I had seen the text’s final layout, and I had approved the cover. But receiving my book, bound, with my name on it, and having it in my hand, was … just that incy wincy bit S-P-E-C-I-A-L.

Mothers do what they can for their children, but then it is down to them. And so it has been for me. I have done my best to knock my book into shape. I doubt it is perfect, there may even be a typo or two. But whether it sinks or swims is not just down to me – it’s nature as well as nurture. Its future also depends on all of YOU.

So, now I know that writing a book is not the wonderful lifestyle sometimes assumed of it. It requires months of toil, endless solitary confinement, and some tedious final stages of editing and proofing, etc. Likewise, many women don’t enjoy being pregnant. But when that baby/book finally arrives, the days ahead are so so special, and the feelings so great … I think, one day, I might write ANOTHER.